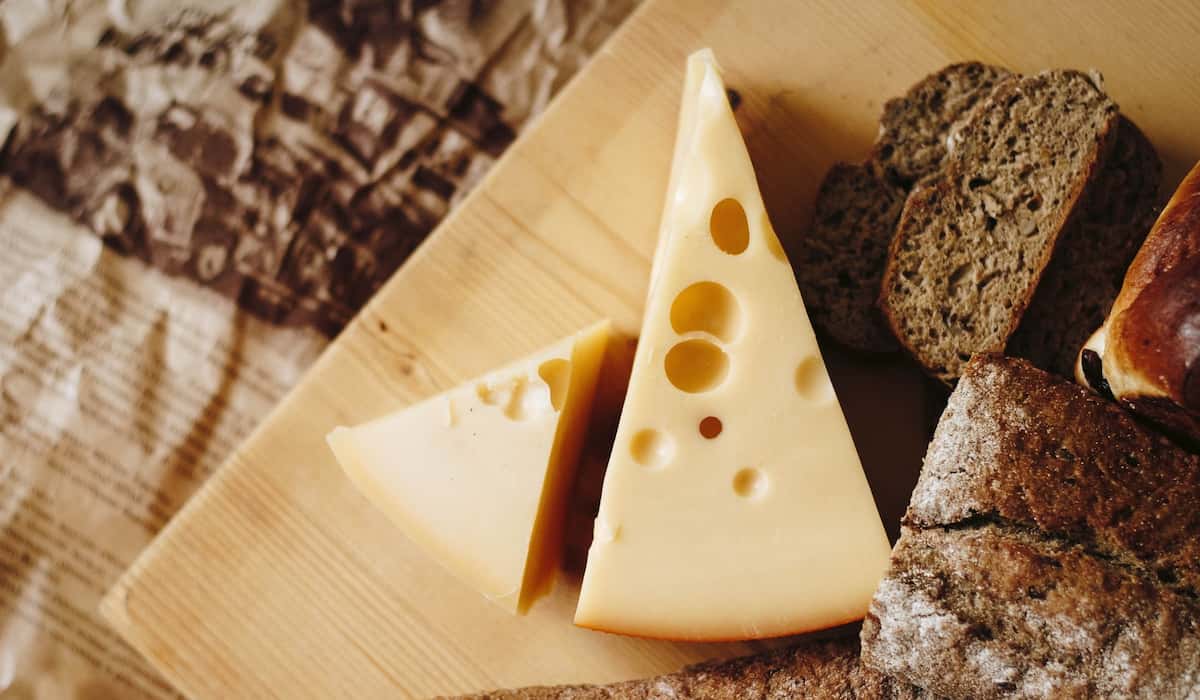 How anyone can get by in life without cheese is amazing. It is unthinkable not to be able to eat delicious macaroni and cheese. When you have got cheese in your fridge you can use it to add a tantalizingly tangy taste to any dish. And yet there are some people who choose not to eat cheese.

Can vegetarians eat cheese? And if not, then why not? What is cheese in the first place? There is no meat in cheese so why do some vegetarians not eat cheese?

The answer to can vegetarians eat cheese is yes as most vegetarians do not stick to a hard and fast diet. While they all aim to avoid foods that come from the need to slaughter an animal, cheese is one food that is given the green light by vegetarians.

There are hundreds of different cheeses with just as many flavors and textures and even different colors. Some cheeses are a bright orange while some are a pale white color.

Vegetarians Can Eat Processed Cheese Too

White American cheese is not made in quite the same way as your traditional cheese-making process where the curds are separated from the whey. Their process is what is known as ‘processed cheese’. It is made by mixing whey protein concentrate, salt, milkfat, milk, milk protein concentrate, and whey.

American cheese has many varieties and it can be processed or unprocessed. The color of their cheeses can be white American cheese, yellow, or orange. They make use of the spice annatto to color their cheese. Because it has turmeric, you can expect that orange color. 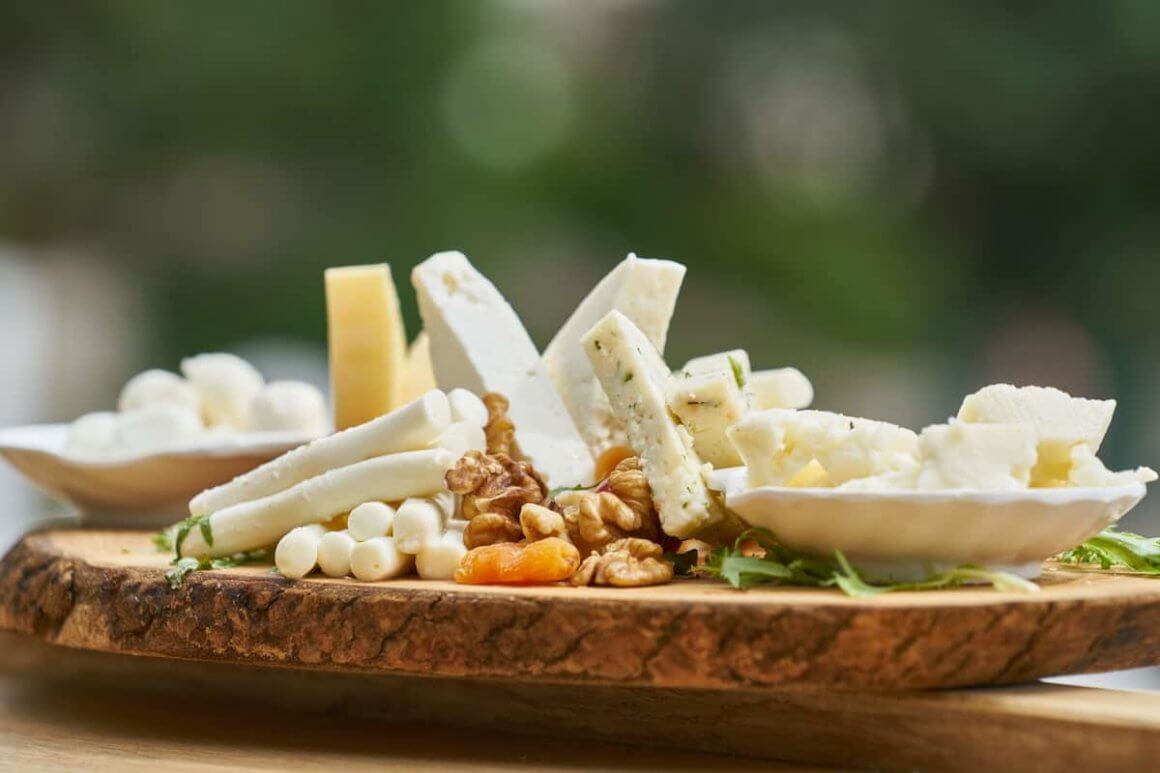 The white American cheese is more expensive than orange cheese even though they are made in the same way.

There are different things that alter the way cheese looks and tastes – the type of milk used and how the cheese is actually made. People essentially think of cows supplying the milk for the cheese, but in fact, cheese can be made from raw milk from goats and sheep too.

Whatever milk is used in cheese, the milk is first pasteurized to kill harmful bacteria. Good bacteria are used in the milk to help it ferment. Salt is included and an enzyme known as rennet is also added and this is what helps the milk to thicken.

Cheesemakers adjust the basic cheese recipe by adding in other ingredients to make all of the cheeses we know. When you look at the basic ingredients included to make cheese you have to ask the question can vegetarians eat cheese if meat has not been added in?

There are other processes and some cheeses are processed longer than others and which will influence the hardness of the cheese. The cheese is pressed into molds and left to age for a few weeks or months.

There are some cheddar cheeses that will age for more than a year. It is said that the United States of America is the largest cheese producer in the world with Germany second and then France.

Speaking of the way cheese relies on different kinds of milk to give it flavor and texture, and seeing that milk comes from animals, the question to ask is ‘is milk vegetarian, and can vegetarians eat cheese? Most of us have grown up with milk and as adults, we continue to drink milk in tea and coffee and pour it over our cereals.

The answer to the question ‘is milk vegetarian, the answer is yes, it is. So can vegetarians eat cheese, and then again, you will get a different answer from vegetarians.

Although we were taught at school that milk is healthy for us, research these days tells us that milk should be avoided. You should rather be looking for milk substitutes of which there are plenty these days even you are not a vegetarian.

Many people who have made a study of milk and its impact on humans tell us that milk is bad for us and that it can contribute to many of the health issues prevalent today.

Can vegetarians eat cheeses whether natural or processed? There are natural and processed cheeses and those who make cheese know how to make cheese to suit different requirements. We have all had a hamburger with a cheese slice on it and this particular cheese has a certain taste and a certain texture to suit the takeaway industry.

What do vegetarians do? Do they deny themselves the pleasure of a burger because it has a beef meat patty on it and a slice of cheese? Can vegetarians eat cheese, especially when it is described as a healthy diet ingredient?

Can vegetarians eat cheese? Most people know by now that vegetarians avoid foods where an animal has been killed to provide us with that food, but some will eat cheese, eggs, and milk.

When you try to answer the question, ‘can vegetarians eat cheese’ you need to first understand that not all vegetarians follow the same principles and diets. For starters, some follow a vegetarian diet for sheer health reasons while others choose a vegetarian diet because of ethics or religious beliefs.

So whether cheese is vegetarian-friendly is going to pretty much depend on the vegetarian you come across. Gone are the days when a vegetarian was just a plain vegetarian because now you get different kinds of vegetarians, such as Ovo-vegetarians who avoid dairy products and meat but they will still eat eggs.

You get other vegetarians known as Pesco-vegetarians and this group will eat seafood but steer clear of red meat, poultry and sometimes allow themselves dairy and eggs. So even in the life of a vegetarian, nothing is set in stone, and if a vegetarian smells a splendid macaroni and cheese dish, they may well decide to wander off their straight and narrow vegetarian path.

Can vegetarians eat cheese? Yes, as we have seen, vegetarians will bend their diets a bit to suit themselves and a vegan diet is seen as being more strict – an entire way of living. A vegan is someone who will exclude all forms of animal exploitation and cruelty. A vegan diet is devoid of meat, dairy, eggs, and any kind of ingredients that come from animals.

When it comes to vegan vs vegetarian, there are some areas of their diets that are very similar. You could say that the biggest difference between the two of them is the extent to which they consider animal products as a complete no-no.

Vegans also opt to avoid animal by-products as they believe that this has an impact on their health and the environment. Vegetarians on the other hand, while being opposed to the stressful conditions animals are kept in and the way they are killed will still consume some animal by-products such as milk and eggs if they know that the animals are treated kindly.

With a vegan vs vegetarian diet, the vegan’s mission to avoid all forms of animal cruelty and exploitation is why vegans would not resort to the consumption of eggs and dairy products that some vegetarians will consume.

So the answer to the question, can vegetarians eat cheese, is yes they can. Some would not but some will, unlike a vegan who would not. Some cheeses are made using animal byproducts, and one particular animal byproduct used in cheesemaking is rennet, already mentioned.

Rennet is found in the stomach lining of animals and is derived from the 4th stomach of young calves slaughtered for their meat. Animals are not slaughtered exclusively for their rennet, but when they are killed for their meat, this is a byproduct. Some vegetarians will eat rennet-containing cheeses while others will not.

A way to know if your cheese does contain rennet or some other animal byproducts is to read the label. If cheese manufacturers opt to use plant-based rennet, then you will see it listed as vegetarian rennet or thistle rennet. In the United States, however, the FDA or Food and Drug Administration does not require cheesemakers to say which kind of rennet they use. Some people look for kosher-certified cheese as this cheese would not contain animal rennet.

Most cheese lovers are familiar with Parmesan cheese, but is parmesan cheese vegetarian? It is often referred to as the “King of Cheeses’. In Italy, people looking for a savory treat will often have Parmesan cheese broken down into pieces, drizzled in balsamic vinegar, and then eaten just like that.

Parmesan is a semi-hard cheese that has granules of calcium lactate that give it a unique texture. Its flavor will vary depending on how long it has been aged. The cheese is buttery, salty, and somewhat nutty in flavor.

Among cheese aficionados, Parmesan is synonymous with Parmigiano Reggiano, a cheese that can only be produced in the regions of Parma and Reggio.

It was in 2008, that the courts in Europe decided that Parmigiano Reggiano is the only cheese that can legally be called Parmesan. Is Parmesan cheese vegetarian? Strictly speaking, It is not a vegetarian cheese, but vegetarians eat it nonetheless as they are not that strict on their diet as vegans are. In America, there are many kinds of cheese with the label ‘Parmesan’ even though they do not hail from Parma.

Original Parmesan cheese is one of the most expensive cheeses in the world, But can vegetarians eat cheese like this? Whether they should or should not as a vegetarian, they do. Parmesan cheese uses rennet, which officially makes it a non-vegetarian cheese. So vegans would not eat this cheese, but vegetarians will.

Many may not know that most cheeses available in stores may not be suitable for vegetarians. Many of them contain an enzyme called rennet that is formed in the stomach of calves, lambs, or goats making it a no-no to eat for a strict vegan or strict vegetarian diet. The role of this enzyme is to make the protein components in the milk form a curd and then separate the liquid components. After that, different kinds of cheese can be made.

Fortunately, there are alternatives to rennet nowadays called synthetic rennet. This vegetarian-friendly rennet is not only loved by vegetarians, but also by cheesemakers because it is cheap and it gives good quality cheese.

Buying a vegetarian cheese can be tricky because, as mentioned above, it is very similar to regular cheese. This means that you can not determine if the cheese is vegetarian by simply looking at the appearance if you do not buy it from a vegetarian store. In regular stores and in supermarkets, you need to read the labels and check the source of the rennet.

It is possible to create cheese without rennet. The end products are soft cheeses such as cottage cheese and some cream cheese. Since they are not made from the rennet, they are almost vegetarian. Still, you should first check if it contains non-vegetarian ingredients such as gelatin. 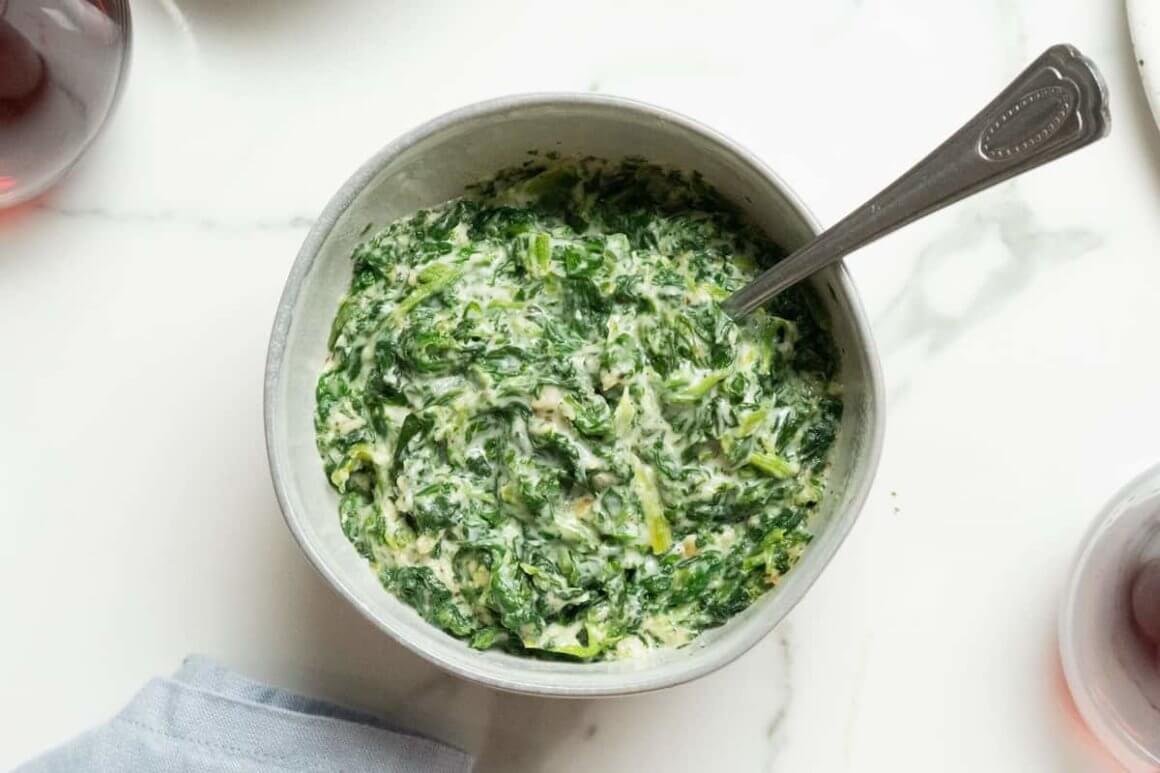 Look at the Creamy spinach, cheese, and Garlic Gozleme recipe with savory flatbreads.

To make the dish, preheat your sandwich press. Mix spinach, cheese, parsley, and sauce in a bowl with salt and pepper. Place the mixture onto a wrap, with another wrap on top, and place onto the sandwich press. Grill for just one minute.

Other vegetarian dishes with cheese are plentiful. Another delicious treat for vegetarians that includes cheese is the Cheesy Vegetable bake. Vegetables include broccoli, carrots, cauliflower, and onion along with parsley and basil.

Other ingredients include evaporated fat-free milk, flour, garlic, cream cheese, and bread crumbs. The whole thing is baked for 45 minutes at 350°F.

Can vegetarians eat cheese? Yes, they can and they do because cheese is what makes so many dishes mouth-wateringly delicious and also eye-catching to look at.

Can You Freeze Lentil Soup 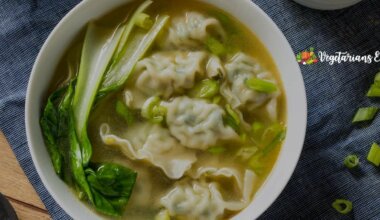