Hispanic cuisine is one of the most exotic cuisines around the world, full of aromas, vibrant flavors, and marvelous textures. This cuisine is the result of the cultural blend between the gastronomy of Spain, Africa, and the indigenous people who inhabited America before colonization.

That’s why Spanish cuisine and Latin American cuisine are so similar, yet different. But all of them are equally delicious.

One of the major contributions from Spain to America is rice. This particular food was brought to American shores when the first colonizers set foot on land along with their culinary traditions, and a lot of flavorful rice-based dishes have been created ever since.

Origins of Chicken and Rice Rice is a versatile, easy-to-cook food with a high nutritional profile. Its rich and extensive history has made it a favorite and a must in almost every cuisine style. It is hard to say whether Hispanic rice recipes are completely original from those lands or not, but truth be told: they have customized those recipes and made them their own.

One of the most controversial rice-based dishes is Chicken and Rice. Some say it is a pure exhibition of Hispanic cuisine, others affirm it is originally from Spain and there are others that swear it comes from the Middle East. Whichever the answer is, it’s safe to say, Spanish speakers really know how to get the best out of this dish.

Chicken and Rice is such a staple food in Latin America and Spain that every single one of those countries claims that dish to be theirs, and of course, each of them has their own way of making it, which could be easily and quickly made such as in Colombian and Costa Rica, or very elaborated and complicated such as in Venezuela.

Although the preparation and ingredients may vary depending on where you are, Chicken and Rice basically consists of cooked rice mixed with cooked chicken (it could be in pieces or shredded), some vegetables such as bell pepper, corn, onion, carrot, and so on, it is also seasoned with a series of spices such as garlic, oregano, turmeric, cumin.

This dish makes a full meal by itself, but if you want to have a more flavorful meal and rich in textures, you can eat it alongside salads or slices of ripe plantain. Depending on the flavors, aromas, and colors you want out of your dish, you can adjust or change the amount and type of spices and the preparation to get your favorite version of Chicken and Rice.

Try This Recipe at Home

Chicken and Rice by itself is a marvelous and delicious recipe, but for some people, as crazy as it might sound, it was not enough. They went further and improved the original dish by adding an ingredient that no one can resist, cheese.

Adding a bit of cheese to your chicken and rice will give it a creamier texture and the resulting flavor will be just unbelievably amazing. If you want to try this spectacular dish, below you’ll find our very best cheesy rice and chicken recipe. Easy And Healthy Dish: White Rice As The Main Ingredient

High Protein Seed Plant To Power Up Your Diet 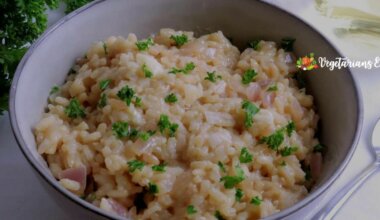 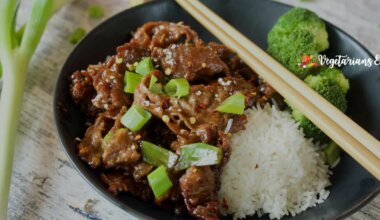