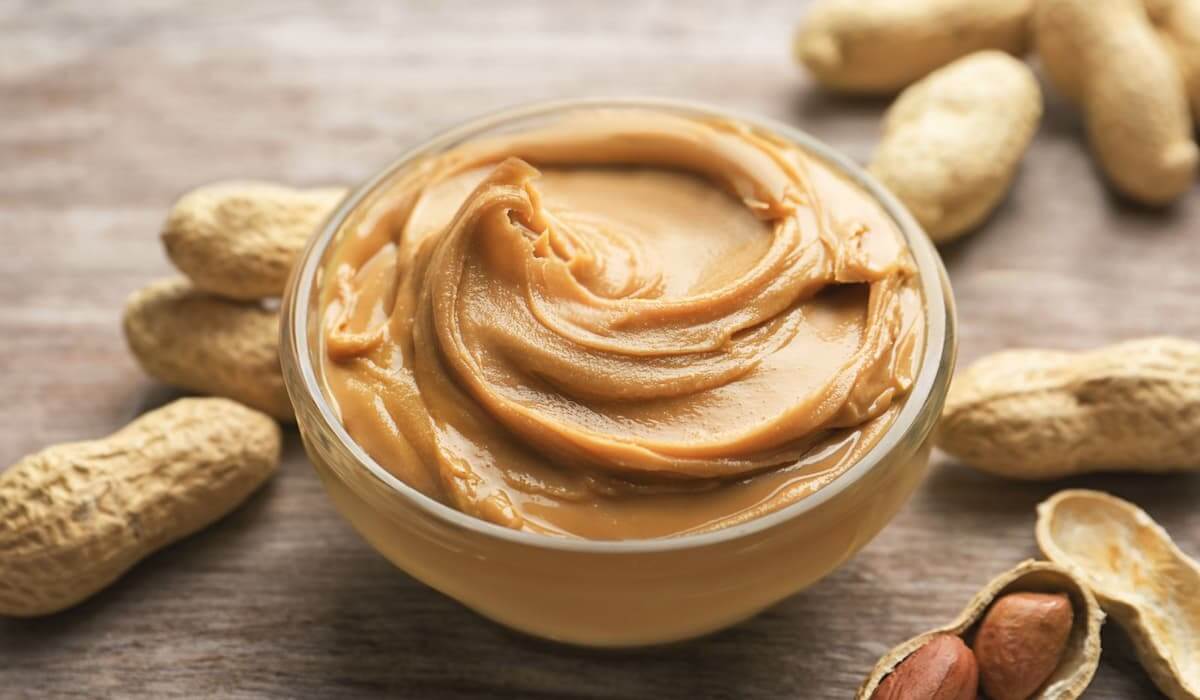 Veganism, the plant-based diet that excludes meat and animal products, is having a boom. Over the last decade and a half, there has been a whopping 300% increase in the number of Americans adopting a vegan lifestyle. The origin of this motivation is varied but includes concerns about animal welfare, the environment, and religious motives. Many people, however, do it to have a healthier diet. Research suggests that veganism can have health benefits if it is well-planned. When people switch to a vegan diet, they understandably have so many questions of which one is – is peanut butter vegan? When asking ‘is peanut butter vegan’, the answer is nearly always yes, and not only is peanut butter glucose-free, it is a staple part of everyone’s diet, whether vegan or not, with its excellent mix of protein, energy, and fat. But before we go on to answer this question in detail, let us dig a little deeper into the origins of veganism. 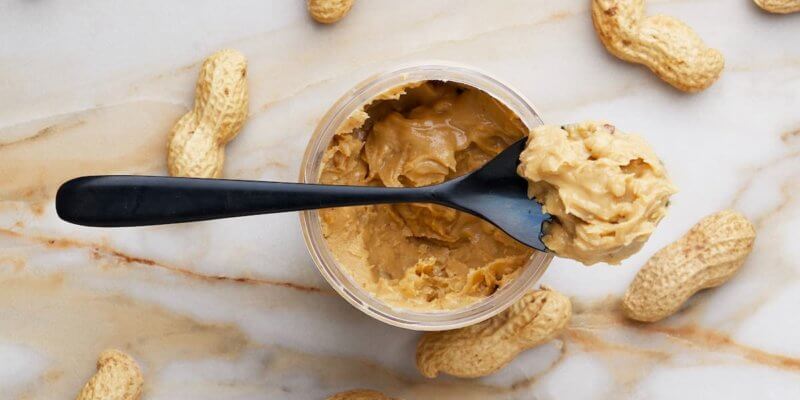 The term veganism was coined in the year 1944 by a group of vegetarians who had previously been part of “The Leicester Vegetarian Society”. They further developed the vegetarian lifestyle and formed The Vegan Society. In practical terms, this meant that they excluded all animal ingredients in their diet. In addition to excluding meat, they also opted out of, for example, dairy products and eggs.

In connection with this, they laid the foundation for veganism. The word vegan itself comes from the word vegetarian, where the beginning and end of the word have been merged.

Anyone who is vegan today tries to live a life with the intention of causing as little harm to animals as possible. Vegans often avoid products where animals are exploited, whether it is for clothing, cosmetics, food, or entertainment. A person who has taken to veganism is very particular about avoiding anything that may contain animal-derived ingredients. Therefore, they check the ingredients list carefully to not only avoid meat and fish, but also eggs, honey, and dairy. The question – does peanut butter have dairy – is a very legitimate question for a newly-turned-vegan.

One way to make sure your peanut butter is vegan is to call the manufacturer and ask them – is peanut butter vegan? Some of the top peanut butter brands are Skippy, Planters, Nutella, Peter Pan, and Jif, among others. They will be able to confirm that your peanut butter is a vegan product. If they can’t give you a proper answer, it is best to avoid buying their products. Avoid companies with poor customer services and those who are not familiar with their own products.

With covid-19 bringing about a new and unfamiliar world to everyone, the familiarity of good old peanut butter has seen the old-fashioned fairly low-carbohydrate spread rocket into more fame than it has been traditionally known for.

Does Peanut Butter Have Dairy In Them? 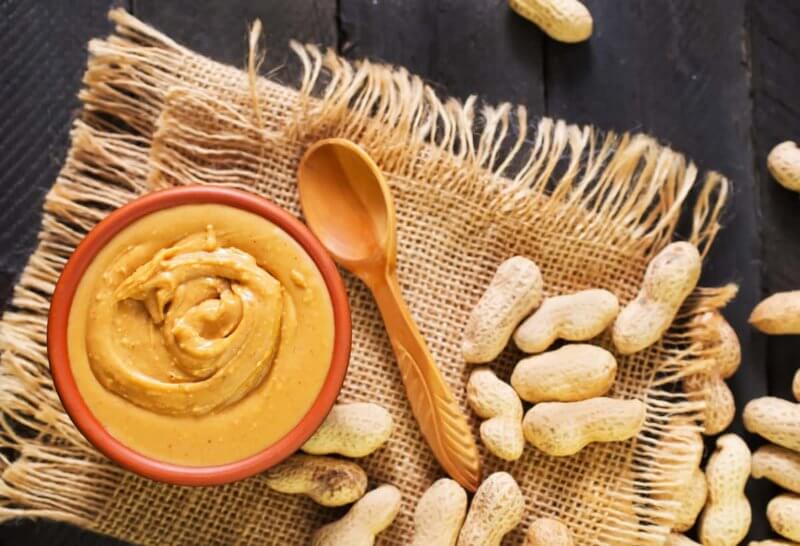 But what about the name ‘peanut butter’?. Is peanut butter vegan, after all, is not the word ‘butter’ indicative of dairy? Does peanut butter have dairy in it? No, the butter part in the name peanut butter does not mean that there is dairy in peanut butter. The name is just referring to the creamy texture of peanut butter, whether you consume the smooth variety or the nutty, crunchy variety.

Vegans are those people who have carved out a way of living where they exclude all foods, where animals have been treated cruelly for their meat and milk and therefore they want to know is peanut butter vegan. There are different kinds of vegan diets, such as the starch solution diet or the whole-food vegan diet as examples. Whatever your reason for following a vegan diet, they are known to come with all kinds of health benefits.

Sometimes, especially, those who make their own peanut butter might include other ingredients, such as sugar, syrup, and molasses, but even so, all these ingredients are considered vegan. There are certain types of peanut butter that are high in added sugar.

Nearly all peanut butter is free of animal products, but it is a good idea to get into the habit of reading food labels. There are just a few kinds of peanut butter that are not vegan. This is because they might have ingredients in them, such as honey while others have been fortified with omega-3 fatty acids and this ingredient is sourced from fish.

It pays to do a bit of research. This is because some peanut butter brands may be processed in facilities that also process wheat. You need to consider risks such as this because it is quite possible that there was the risk of cross-contact, and this information needs to be on the label. However, a responsible manufacturing facility will always have safe manufacturing protocols in place that will ensure that those people with celiac disease and those looking for gluten-free foods are safe.

At most grocery stores, there are many kinds of peanut butter that are gluten-free. Gluten is a protein found in wheat. You would not find this in your peanut butter, but as already mentioned, the secret to adhering to a certain diet requires checking out the labeling.

Who Can Resist Such A Healthy Treat?

But that does not just mean you should be eating peanut butter indiscriminately. It can be to your disadvantage to eat more peanut butter than what is recommended on the label.

One other thing about peanut butter is that because of its lack of added sugar, it does not have much of an impact on blood glucose levels, which means it is also suitable for diabetics. Natural peanut butter is a low glycemic index (GI) food, meaning that a person’s blood sugar levels do not rise too high. 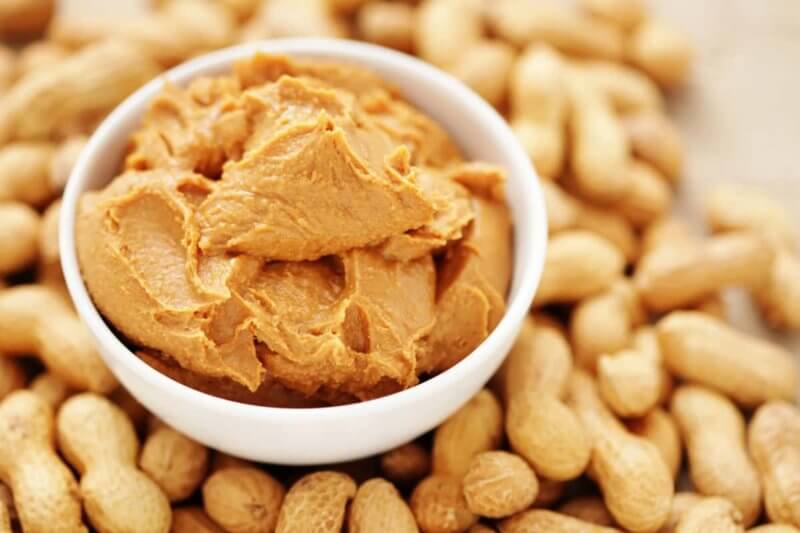 Honey comes from bees and is avoided by many vegans. A bee is a living creature, and its products are not considered vegan. So, if honey is one of the ingredients on the label of a peanut butter brand, then the answer to the question — is peanut butter vegan – will be no. However, there are vegans who are not against making use of insect products such as milk and honey. These vegans argue that bees do not experience any discomfort producing their honey. However, for those who want to avoid any animal-derived products, including honey, a very popular substitute is agave nectar

Refined sugar is found in many commercial brands of peanut butter. Refined sugar is not a byproduct of an animal product but some brands make use of animal bone char for the refining process. Sugar is refined by making use of bone char as it acts as a filter to remove color, minerals, and impurities. Some vegans would not eat refined sugar, seeing it as being made with animal products, as bone char is made of charred animal bones. They rather choose an alternative, such as beet sugar or turbinado.

Is peanut butter vegan? Peanut butter may not be looked upon as suitable for vegans if it contains honey or refined sugar. It becomes difficult for vegans to fathom out if peanut butter is truly vegan, as most labels do not specify what kind of sugar the product contains. To avoid confusion or uncertainty, many vegans resort to making their own or they only buy a peanut butter brand that has a label that says ‘Vegan Peanut Butter’. There is very little difference between traditional peanut butter and vegan peanut butter and it is consumed just like any other peanut butter.

Making Your Own Vegan Peanut Butter At Home

Is peanut butter vegan? In doubt? Then, the safest and cheapest alternative for vegans will be to make peanut butter at home. Preparing your own peanut butter is not only super easy but also healthier than any option you buy in the supermarket. Normally, these creams are full of refined oils and sugars that do not help our health.

To prepare this cream, you only need a few ingredients and tools and these include a food processor, peanuts, unrefined coconut oil, agave syrup or the sweetener of your choice, and a little salt. It is ready in less than 10 minutes and you can use it for many dishes.

Our favorite way to eat peanut butter is on toast or on apples, however, you can even use it to make salad dressings

Place the peanuts in a food processor. Process for 3-5 minutes. When you have a creamy consistency, add the other ingredients and process again for 2 minutes.

You can add more salt or sweetener to adjust to your liking.

With no animal products, vegan peanut butter is the ideal food and sandwich spread for vegans and for everyone else who loves the tasty, healthy treat. 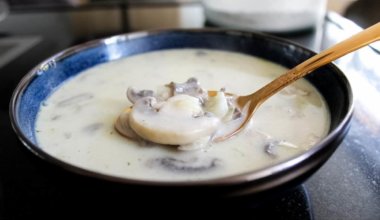 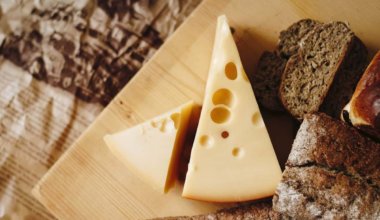 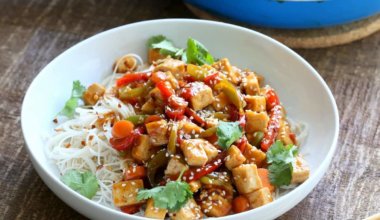