Many of us are used to storing food in the refrigerator because we believe that at low temperatures it can be preserved better and for longer. However, this is not the best way to store onions.  Here we will learn more about onions and how to store them so that they can last you for a long time.

Onions are a plant species in the amaryllis family, along with leeks, garlic, and chives. The onion, the thickened plant part at ground level (and in some cases the stem) is used as a vegetable and seasoning in various kinds of dishes.

Nobody seems to be too sure where the humble onion comes from, with some food historians suggesting central Asia. It seems as though wild onions were eaten very early and that they have been cultivated for more than 5 000 years.

Onions contain many useful substances such as various antioxidants, proteins, flavonoids, and the flavonoid quercetin (which gives the yellow color to yellow onions. There are studies that suggest that those who eat a lot of onions can lower the risk of cardiovascular disease as well as several different types of cancer, including breast, uterus, stomach, prostate, and other cancers.

One wonders how the people of those times found the best way to store onions after they had harvested them.  They are certainly less perishable than other foods and when food was short, people dried them, preserving them that way to eat later.

Onions shy away from moisture, so once your onions have been harvested or brought home from the store, the best way to store onions is in a cool, dry, dark place like in your kitchen cupboards or in your pantry. 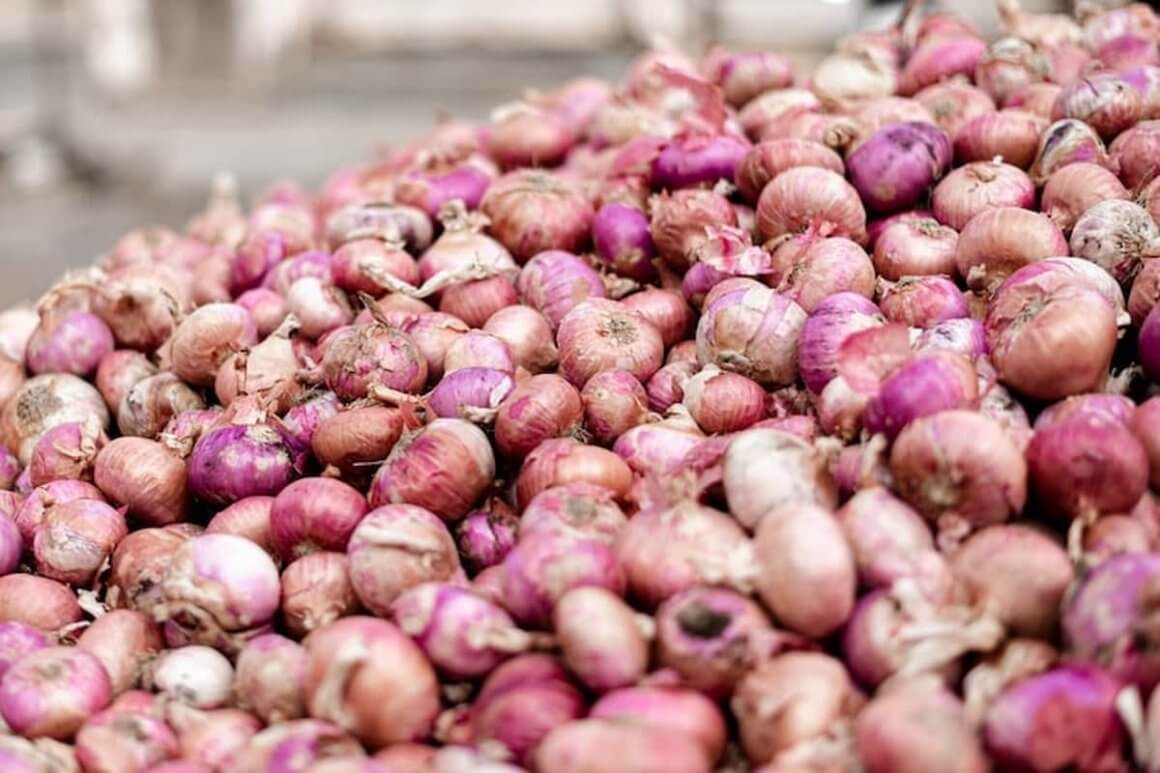 The bulbs of onions all vary in size, color, and pungency, but it is thought that the warmer climates suit onions more. They are sweeter and milder in flavor than those grown in colder climates.

Once you have harvested your onions or bought them home from the store, you want to store them in a cool, dry, dark place.  They should all be nice and firm to the touch. Typical examples of places like this are kitchen cupboards, pantries, or sheds.

Long ago, after harvesting, people would ‘cure’ the onions by placing them in a warm, dry area. They did not dump the onions in a pile but would spread them out in a single layer to air and dry. They would leave the onions like this for a couple of weeks until the tops and necks were totally dry and the outside skins were dry and crackly.

Once they were cured, the onions would be placed in a mesh bag or crate. You will notice that the storage container of the onions is such that the air can circulate through the onions.

The best way to store onions then is to store them in a cool, dry place where the temperatures are between 32 to 40 ° F.  They are amazing and can be stored like this for 6 to 8 weeks.

Potatoes and Onions should not be stored together 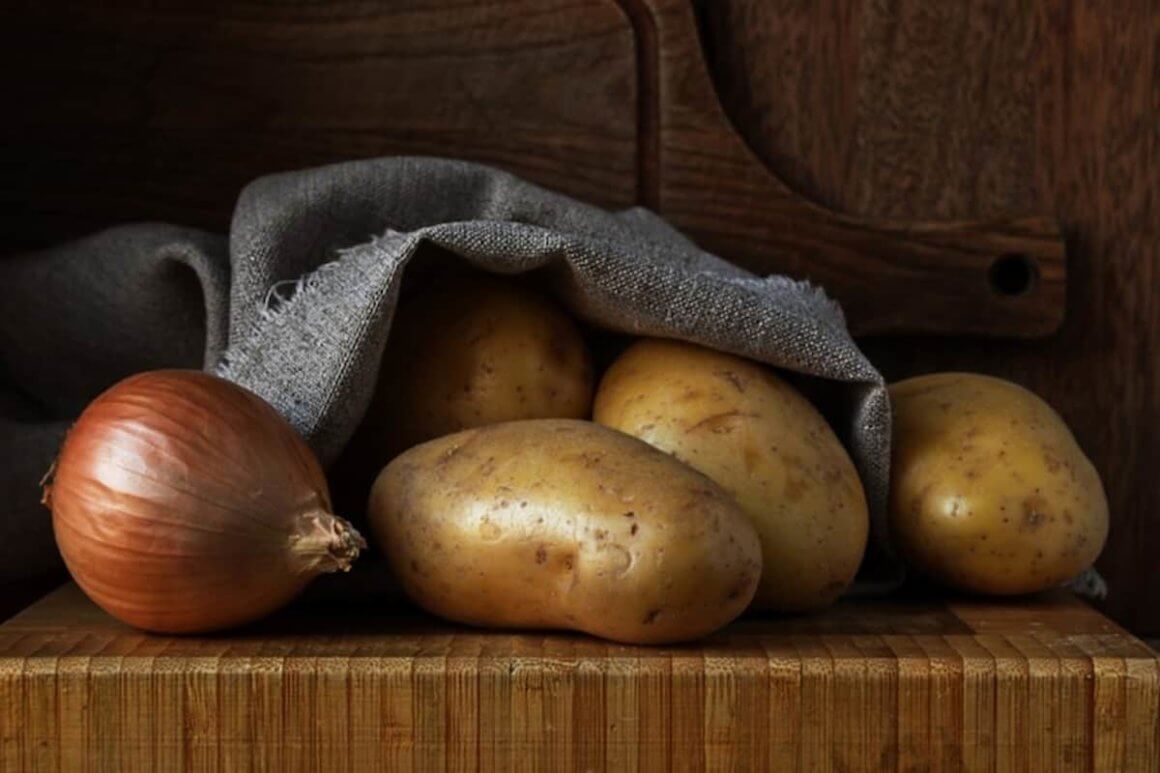 Did you know that you should not store onions close to potatoes? This is because both these vegetables give off a gas that causes the other to sprout and spoil quicker than they should.

Also, avoid storing your onions in the refrigerator as that chilly, moist environment shortens their storage life and encourages mold and for them to lose their crispness.  Once you do peel an onion and you chop it up, it is then best to refrigerate it to avoid contamination. Store the onion in an airtight container and then it will last like that for a week or two.

The storage life of onions will always be according to the storage conditions. When properly stored, some onion types are good for longer storage times while other types can only be stored for a week, maybe two. Find out what onions you have, with white, yellow, and brown onions being the common onions most of us use. They are sometimes referred to as red onions in some countries but they are the most common onions used, full of flavor and goodness.

If you do have an abundance of onions, do research because there are lots of things you can do with onions. Maybe it is your time to make a big hearty onion soup to be delivered to a charity? They can be chopped up and stored in your freezer for a few months.

Recognize the signs of a bad onion 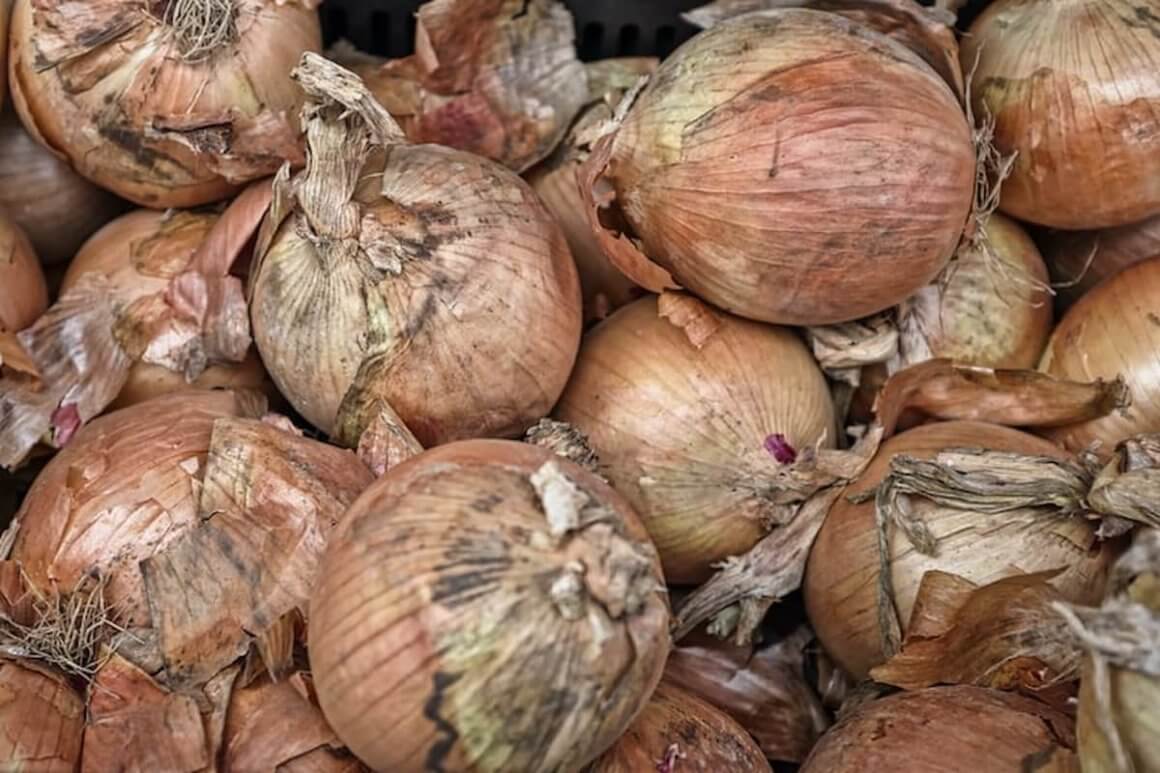 There are a number of ways to know if your onions have gone off, even if you have used the best way to store onions. You will certainly know by its bad, pungent smell. You will also see dark spots on them which could mean mold. Onions that have already sprouted are best avoided as this is the start of them going bad.

The best way to store onions is to simply keep them in a dry and airy place that is fairly dark.  It is as simple as that. They really are such easy-going vegetables and the nice thing about them is that they are packed full of flavor and nutrients, whether eaten raw or cooked.

Is Non-Stick Surface Repair Spray A Cost-Effective Alternative To Replacing Your Pots And Pans?

Vitamins: What is The Primary Function of Vitamins And What Are Its Sources?