It is hard to imagine that an American multinational pancake house restaurant chain can produce anything that a vegan person would be interested in. And yet there are some amazing IHOP vegan options that started emerging in 2021 and will continue into 2022.

You can still get all the traditional fast food delights you love so much but with IHOP vegan options in 2022, you are going to get a host of healthier food alternatives as well.

Becoming a vegan is nothing new and in fact, the Vegan Society was established decades ago. These are people who want to avoid animal products. There are many people who have always used IHOP.

They will continue to use them as they can see that they want to serve all their customers the foods they prefer. These people have since changed their eating habits and they want to know what IHOP vegan options will exist in 2022. And of course, they have some tasty options to look forward to.

Veganism is picking up massively now. It was in 1944 that Donald Watson held a meeting to discuss non-dairy vegetarian diets and lifestyles. The group that met founded a new movement and they settled on the word ‘havegan’ to describe their movement.

The word vegan was coined by Donald Watson. They wanted to see an end to the use of animals as food for man. They would be pleased to know that IHOP vegan options have become part of the fast-food restaurant offerings in these modern times.

They do not like the cruelty shown to animals for the benefit of humans. However, the prevention of cruelty to animals and their exploitation is not the only reason why people are turning to a vegan lifestyle. They want to avoid animal products as they know that plant-based foods are a healthier choice.

They are wanting interesting vegan diets that will still supply them with all the nutrients the body requires. They have taken note too that the American Academy of Nutrition and Dietetics recognizes that these vegan diets are suitable for all ages too.

Research has been done and has even linked vegan diets with lower blood pressure and lower rates of heart disease and some kinds of cancer. Getting your nutrients from plant foods means a diet with foods such as fruits, vegetables, nuts, and seeds. 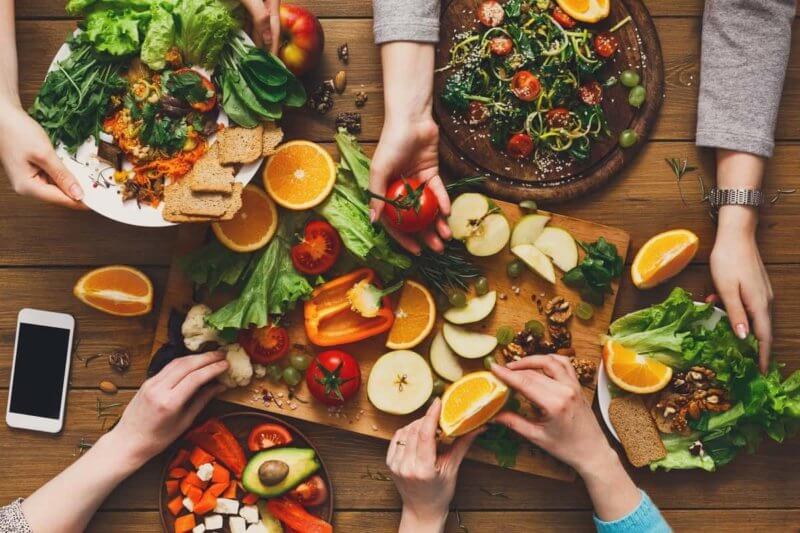 Going vegan is catching on quickly and it is fast becoming increasingly mainstream. IHOP vegan options have become a necessity as the restaurant chain has seen that if they want to survive they have had to change their menu offerings to cater to this ever-rising trend.

Vegans want to see foods on the menu that they can enjoy as well. The pandemic has caused many people to re-look their eating habits and their lifestyles and to make the change to living a healthier way.

They realize the importance of opting for better health in these chaotic times we are living in. There is even a day for vegans, with November 1 being World Vegan Day. It is for people who do not eat meat. Many vegans also choose to not eat eggs or cheese either. So it can be interesting to know what IHOP vegan options will look like. 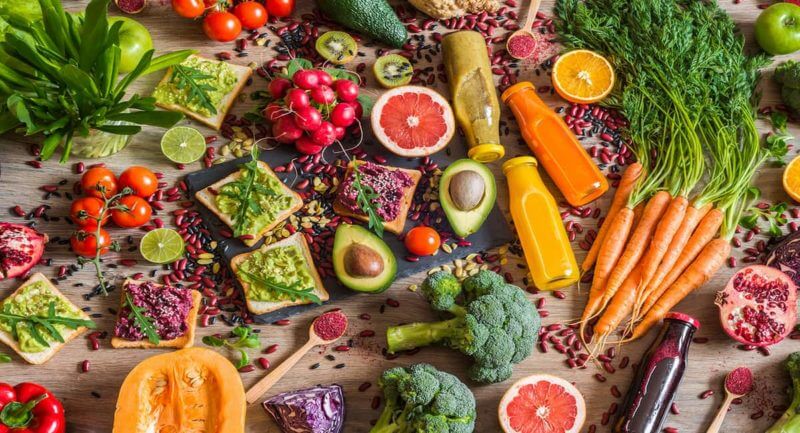 We look at other top 10 vegan recipes served at IHOP –

Of the top ten IHOP vegan options in 2022, you are always going to get a top breakfast staple, and that is hash browns. The only difference now with IHOP, is that they now have hash browns that are 100% vegan.

Hash browns are usually made up of finely chopped fried potatoes which means that they are essentially vegan as their two ingredients are potatoes and onions.

It is not only IHOP that is bringing out vegan meals to satisfy the needs of their many vegan customers. KFC, Burger King, and Dunkin’ are also jumping onto the vegan bandwagon in an effort to ensure that they are also seen as those who want to encourage healthy eating.

They all know that they have to offer plant-based meat alternatives because millennials particularly are showing a huge interest in veganism.

There are not many fast-food restaurants that sell baked potatoes as everyone generally wants fries with their burgers. IHOP vegan options now include plain baked potato for those looking for a healthier option to French fries and for vegans. Baked potatoes are packed full of essential nutrients. They are also high in fiber. IHOP sells their baked potato where no butter has been used for cooking. It comes with a side of salsa, avocado, and sauteed broccoli.

At IHOP, to ensure they do not leave vegans out, vegans can enjoy sourdough toast. Sourdough is known for its healthy grains such as barley, quinoa, oatmeal, and others. Sourdough is a bread that can form part of a healthy diet.

What makes sourdough different from other bread is that it is made by fermenting water and flour as opposed to adding yeast to create a leaven. It is the fermentation process that releases some of the B vitamins in the bread.

The IHOP vegan options in 2022 will include this healthy sourdough toast but where you get a side of avocado slices, making it a healthy option for vegans and those wanting to avoid the usual white bread toast.

The one thing that everyone can do to change their lifestyle in terms of eating more healthily is to include more fruit in their diet. It is why the IHOP vegan option includes the Mixed Fruit Cup.

Of course, this is a great way for gluten intolerant people to have a healthy start to their day as well. You get only a few calories when you take their Mixed Fruit Cup which includes pineapple, grapes, watermelon, and honeydew.

Many people can’t think of starting the day without a traditional breakfast food such as grits and oatmeal. As it is, grits are a popular dish widely consumed in the United States and made from dried maize cooked in water or milk.

When it is cooked it reaches a delicious, thick, creamy consistency and is usually enjoyed with sugar and milk. The same with oatmeal. Oats are among the healthiest grains there are and what’s more, it is a gluten-free whole grain, so it suits vegans as well as anybody looking for gluten-free foods.

Oats are packed full of important minerals and vitamins and they come with a host of health benefits. Of course, eaten the traditional way, people include other ingredients such as butter, cheese, honey, and other ingredients too to enjoy it as they wish.

To cater to vegans who order this morning breakfast porridge, IHOP offers grits and oatmeal but it would be without milk and butter. 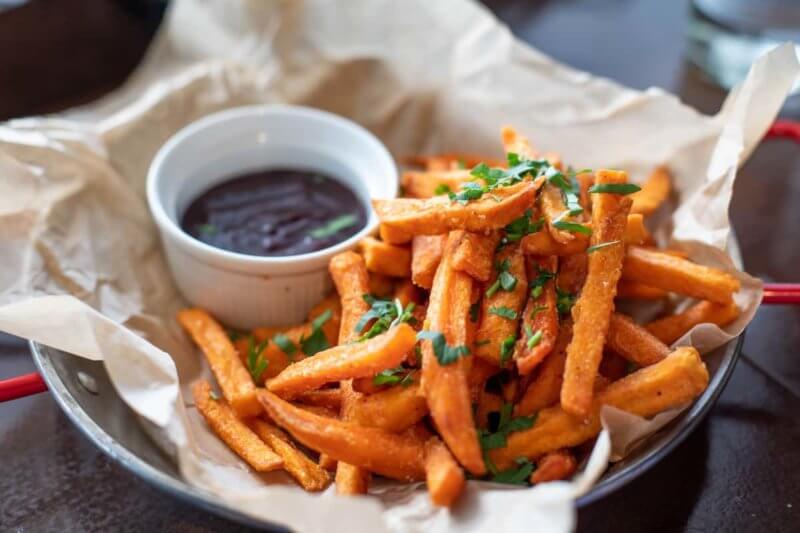 There are many vegans who want to enjoy a healthier diet, but dread giving up some of their favorites such as French Fries, IHOP vegan options have made it so that they do not have to.

Those who simply love their favorite fast food fries can still have them because there is the vegan option. They are so delicious that many people who are not vegan but who want to switch to a healthier lifestyle will choose them as well. They are cooked fresh in vegetable oil and are made from fresh potatoes and sea salt.

Vegetables are always part of a vegan diet but when you choose the IHOP vegan option you do not have to believe you are getting a bland, tasteless dish served up. Simple foods such as this can be made to be both nourishing and delicious.

When you sautee your food you are essentially cooking the food quickly over high heat and using just a small bit of oil in a shallow pan. Sautéing vegetables in extra virgin olive oil is a healthy way of enjoying an assortment of veggies in the most healthy way possible.

IHOP vegan options include sauteed veggies, a very popular dish for vegans, and others looking to eat healthily in 2022. You can have onions, potatoes, peppers, carrots, garlic, broccoli, beans – you name it and be sure you are getting in your vegetable intake, just in the tastiest, healthy way. 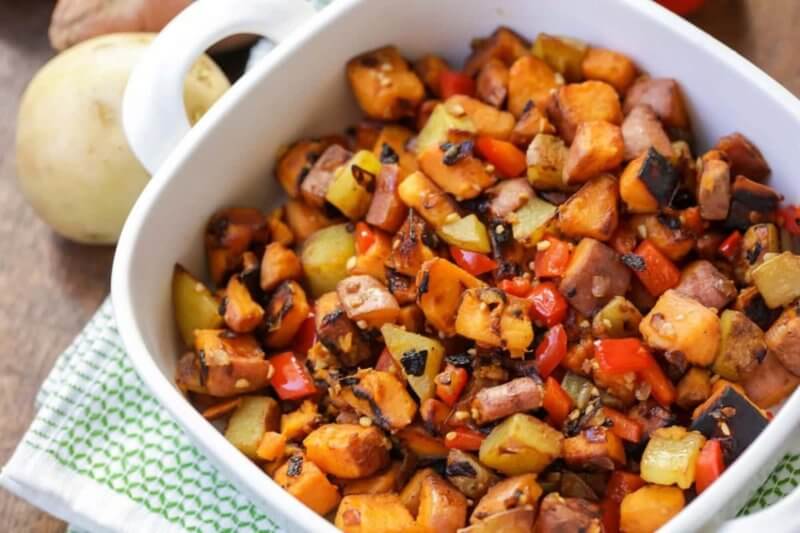 If you are a morning person and you want to get your day started with a healthy, tasty treat, then the IHOP vegan options in 2022 will have you trying out their red potato pepper and onion fairly often as it is big on flavor.

Some vegans still consume butter and cheese but for those who do not, IHOP will offer their delicious red potato pepper and onion hashes free of butter and cheese, and still promise to ensure its finger-licking good for vegans.

The pandemic has frightened many people and many have lost their closest and dearest to the virus. Since it broke out around the world, people have been searching for ways to fight back by looking to change their lifestyles, eat better, and strengthen their immune systems.

Many people do not realize that within each one of us, we have our powerful immune system – a tool that the human body has been provided with to prevent and fight most diseases.

It is only through sheer neglect and abuse that we have lost the ability to have our immune system function optimally. Changing the way you eat is not about a magic cure – it is about strengthening the immune system to provide it with the support it needs.

Many fast-food restaurants have risen to the occasion and are now offering not only foods suited to vegans but foods that will help everyone to become healthier. IHOP vegan options in 2022 will suit everyone.

Changing the way you eat can be simple, affordable, and effective, and one thing that covid-19 has taught us, it that we need to start living simpler, less cluttered, less rushed, healthier lifestyles, and these fast food restaurants have taken a step forward to help you towards helping your immune system function optimally.

How Long Does Celery Last In The Fridge? 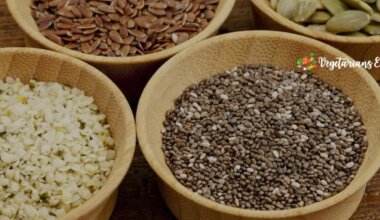 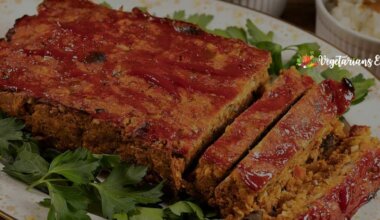 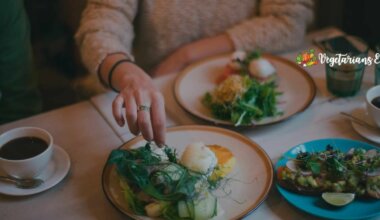