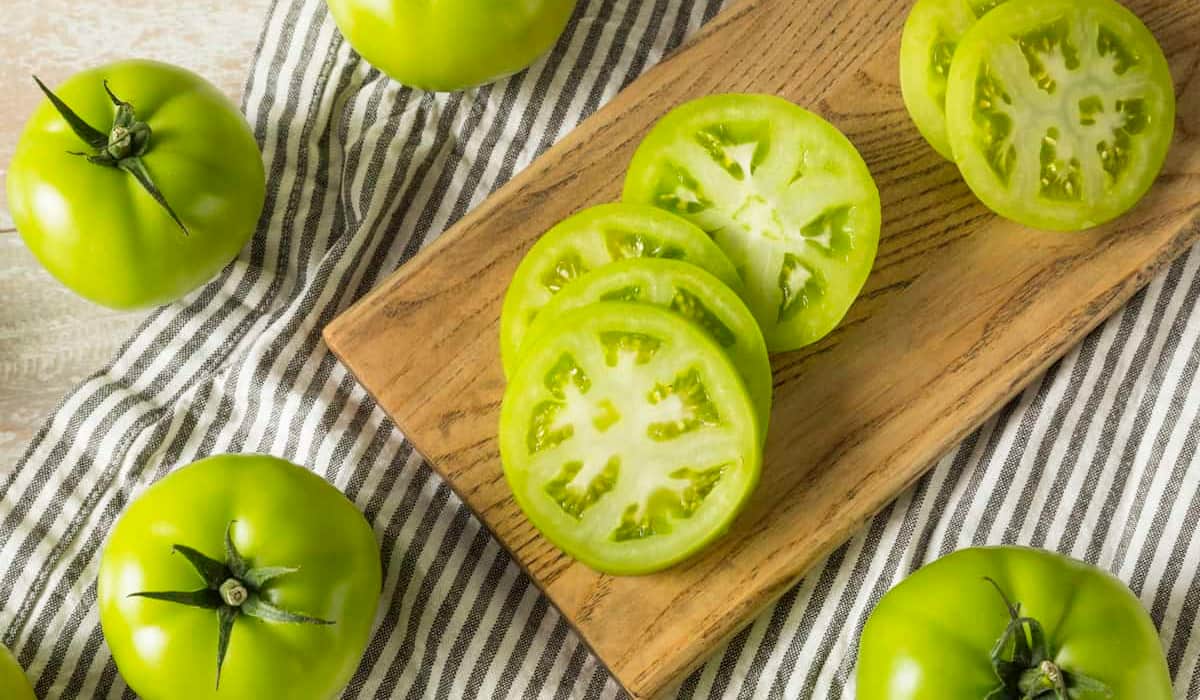 What to do with green tomatoes should not keep you guessing as there are many things to do with them apart from frying them. Pickling them in vinegar brine is just one way to ensure they last a while and can be enjoyed with many different meals.

Autumn always comes too fast, especially if you are a tomato. The September light is not enough for the fruit on the tomato plant to ripen. Green tomatoes are those ones that have not ripened yet, so the question of what to do with green tomatoes seems difficult to answer. After all, we were all told as children not to eat green fruit as it could give us a stomach ache.

The naturally green tomato known as the Green Zebra tomato grows well, yielding a generous crop, and chefs welcome them into their kitchens, loving to use them in salads and salsas. They are considered a classic tomato species and everyone should try to grow a bush in their garden. They are a little bit weird-looking as they are stripped. As the tomatoes ripen, they take on a bit of a yellowish color and add a tremendous amount of color to a salad.

So this particular green tomato salsa recipe should only be made with red tomatoes that have not been ripened yet. The tomatoes need to be firm and hard so that you get the best flavor.

Making green tomato salsa is easy because all you essentially need to do is boil them and then pop them into your blender with the other ingredients. For this particular salsa recipe, put the green tomatoes on a baking sheet with a ¼ of a white onion, peeled garlic cloves, and halved jalapeno peppers.

Broil these for just 5 minutes on both sides under soft and brown. Add the vegetables to a blender and add in lime juice, salt, and cilantro. Pulse until you get the texture you want. Of course, if you want it to be very spicy, you can add the other half of the jalapeno.

Once your green tomato salsa is ready it is wonderful as a dip with chips. What to do with green tomatoes, then, is to use them in a salsa salad or sauce. People use salsa for all kinds of things and if you have cold fish leftover from last night’s meal, spreading some of the salsa over that with some grated cheese and grilled in the oven can be super delish.

You will also note that this particular salsa recipe is gluten-free and perfect for vegans.

Some Other Recipes For Green Tomatoes

What to do with green tomatoes will have you looking at something as simple as a delicious sandwich or you may want to try the fried green tomatoes recipe.

A classic breakfast dish in South America, the fried green tomatoes recipe can also be served as an appetizer, snack, or side dish at a buffet. Works best with large unripe tomatoes.

Who does not relish the thought of a bacon, lettuce, and fried green tomato sandwich for casual lunches over the weekend?

Your mouth will experience a taste sensation when you get together crispy bacon, fried green tomatoes, and lettuce with remoulade sauce on a whole wheat crunchy bread roll or on a whole wheat sandwich. It is a firm favorite and of course, you can add cheese and avocado to it as well.

It is a quick and easy recipe to make and requires just 2 slices of bread if you are going to make just one sandwich. Take 4 to 6 slices of cooked bacon, 4 fried green tomato slices, a few pieces of lettuce, and your sauce.

What to do with green tomatoes when used in a sandwich is to gather your ingredients together and in a non-stick pan, fry your green tomatoes and bacon and place them on a paper towel to remove excess oil.

Who has not seen pictures of fried green tomatoes coated with cornmeal and fried? So what to do with green tomatoes for this recipe is to start off by having 3 medium-size green tomatoes. Cut them into 1/3-inch slices, dip them into the cornmeal mixture, and fry until golden brown.

Make sure your oil is hot before you put in your battered green tomatoes. If you put them into cool oil they would not be crisp and golden. You will just have a lot of oily, limp tomatoes. Do not add too much oil either but keep the oil level shallow.

There are lots of things you can add to your cornmeal mixture to add flavor such as garlic flakes. When fried, remove the green tomato slices and drain them on paper towels. These fried green tomato patty-type snacks make a super addition to any dish. 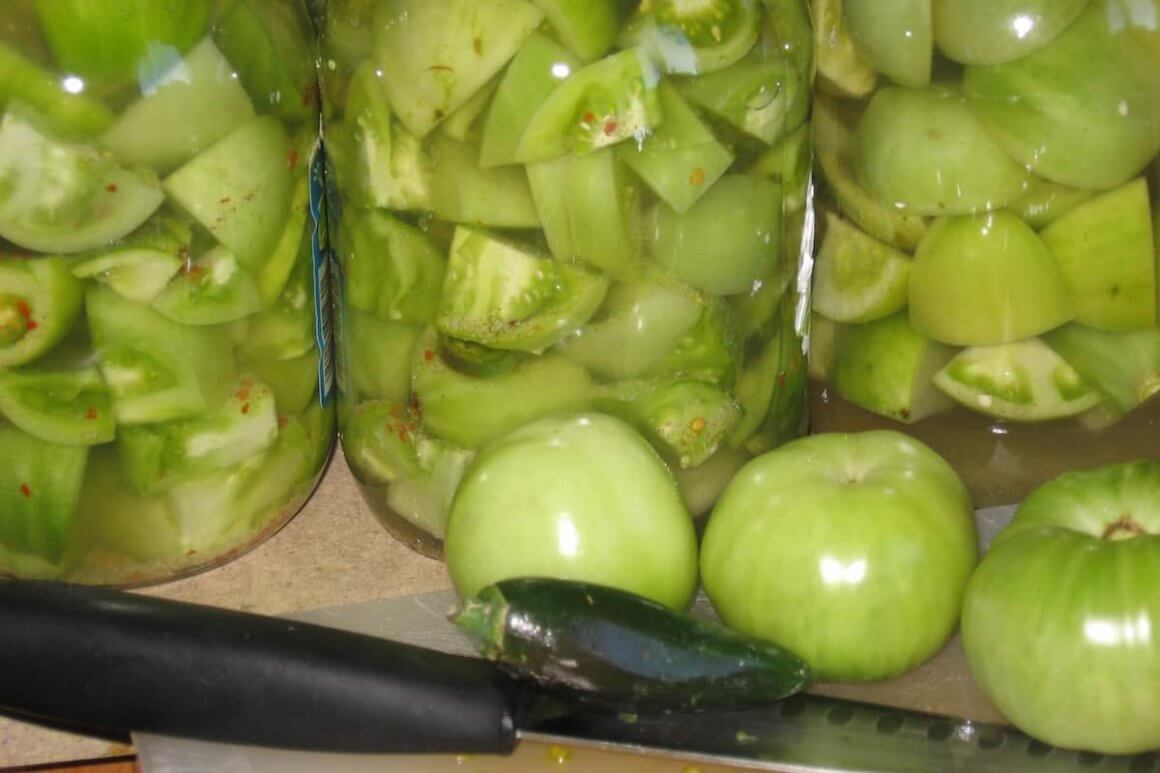 Many of us are familiar with pickled onions. What to do with green tomatoes is to think about pickling them too. A pickled green tomatoes recipe will prove to you that green tomatoes are great for pickling and you will find endless uses for pickled tomatoes. It is particularly delicious on hot dogs.

Pickling is a wonderful solution if you want to preserve some of your vegetables. Quick pickles are easy because it is simply a case of placing your particular vegetable in vinegar, water, and salt and placing them in the refrigerator. They just require a few days in the brine before you can eat them. This pickled green tomatoes recipe is perfect for summer days around the pool and for picnics.

Distribute the sliced green tomatoes and jalapenos into a nice-sized glass jar along with the celery seed, cumin seeds, peppercorns, dill seed, and garlic. Take a non-stick pan and boil a cup of water with your sea salt and vinegar. Pour it into the jar or jars. Put the jar’s lid on, allow it to cool, and then refrigerate. In 4 hours’ time, it will be ready, but it can be used for an entire month in the refrigerator.

Yes, there are many different versions of green tomato pie that make use of savory ingredients, but this particular green tomato recipe is a sweet one. So the filling is made up of green tomatoes, sugar, and cinnamon.

The ingredients for the pie include between 6 to 8 green tomatoes. Other ingredients include sugar, cornstarch, lemon juice, salt, ground cinnamon, grated lemon zest, and butter. The pastry will require an egg and 2 teaspoons of turbinado sugar.

Wash your green tomatoes well and slice them. In a pan include all the ingredients and turn them occasionally over low heat. The sugar and cornstarch you blend together before combining them into the mixture in the pan.

Cook the mixture until clear, and then add the butter, remove from the heat and allow to cool. Roll out half of your pastry dough on a floured surface. Line a dish with the pastry. Pour the green tomato mixture over the pastry.

Roll out the second half of the dough and cover the pie with the pastry, sealing the pie around the edges. You can add some beaten egg over the pie top so that it browns nicely in the oven. Sprinkle the top with a mixture of cinnamon and sugar and bake at 425 F for 35 to 45 minutes. 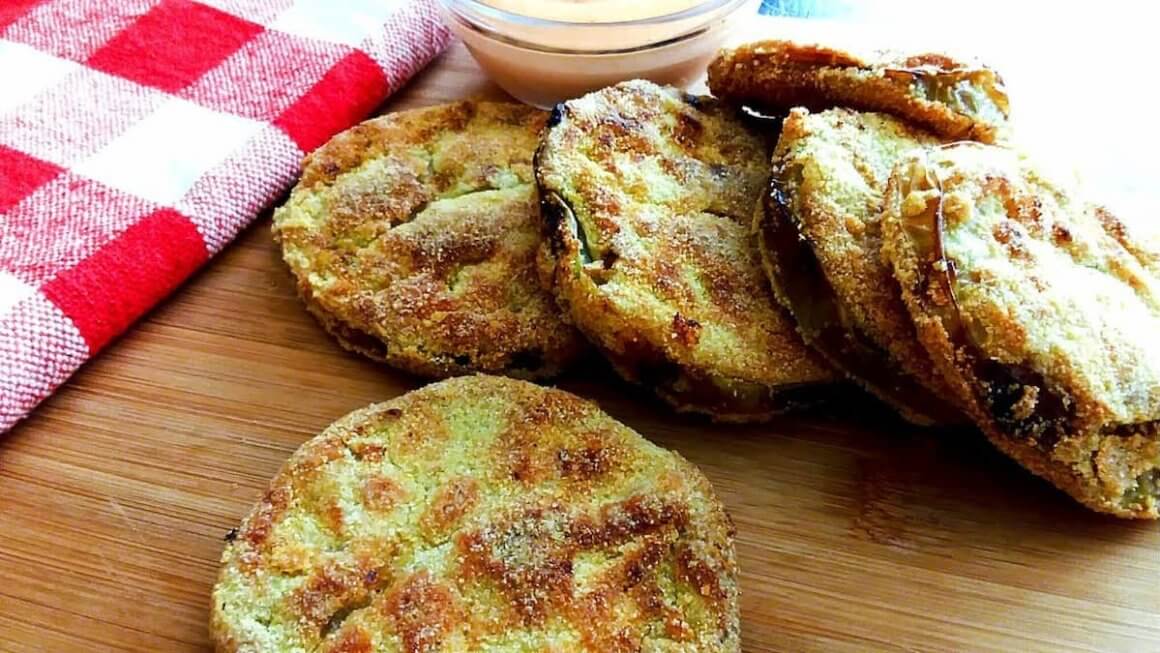 An air fryer bakes and roasts food, and what to do with green tomatoes is to put them in an air fryer. The air fryer’s heating parts have a large fan so that food is never limp but crisp.

Air fryers heat up quickly, cooking food quickly and evenly. These air fryers bake food at a high temperature with a high-powered fan. It does not require preheating time and it also does not require much oil, if any.

The air fryers have been patented by Philips Electronics Company, with the idea being to copy the results of deep-frying but with no oil. These days there are other brands. You simply place your food in the basket and add a teaspoon of oil to assist the food in getting crispy.

As mentioned, your regular green tomatoes are not a specific variety of tomatoes, but rather tomatoes that have not ripened. So when a person wants to know what to do with green tomatoes, there are many ideas, and when you do research, you find they are pretty healthy to eat as well.

You can pick green tomatoes and ripen them indoors as they are great for cooking. Being green like that they are firm and they can easily be sliced or diced. Fried green tomatoes are the way that most people like to prepare them but there are many other exciting ways to eat them than just fried.

So apart from frying, green tomatoes are perfect in some baked dishes as their firmness allows them to be cooked or baked without being all soggy. 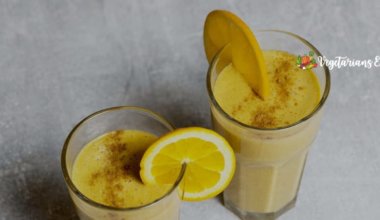